The Second European Congress of Small and Medium-sized Enterprises

The Second European Congress of Small and Medium-sized Enterprises

piątek, 25 czerwca 2021
The Second European Congress of Small and Medium-sized Enterprises took place in Katowice from 24 to 27 September 2012, under the honorary patronage of Bronisław Komorowski, the President of Poland. The numerous debates and discussions brought together representatives of the small and medium-sized business sector, large companies, the world of education and business institutions, as well as local and national government. Almost three thousand participants took part in the congress, with 250 specialists. There were 68 discussion panels and 27 delegations from 21 countries. VIVALANG provided comprehensive simultaneous interpretation services in English and Russian.
« wróć do listy 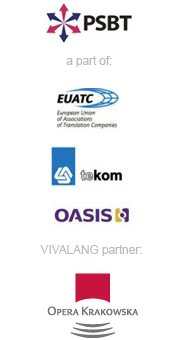