This site uses cookies. By continuing to browse the site, you are agreeing to our use of cookies. Find out more. Close [X]
VIVALANG has been providing professional language services to companies and institutions since 2004. Legal, banking, finance and technical translations are our top specialisms. We are the official and exclusive provider of translation services to leading
We specialise in the provision of high quality simultaneous and consecutive interpreting. The VIVALANG team is an elite group of interpreters from Poland and abroad who are professionals with excellent qualifications and many years of experience
The simultaneous interpretation equipment we have at our disposal enables us to provide services to many conferences at the same time.
VIVALANG provides professional advice at each stage of conference preparation and ensures the maximum efficiency

VIVALANG is the official language service provider (LSP) for the 9th European Economic Congress in Katowice, Poland (10-12th of May 2017)

VIVALANG has been selected the official language service provider (LSP) for the 9th European Economic Congress in Katowice, Poland (10-12th of May 2017) – the largest economic event in Central Europe. 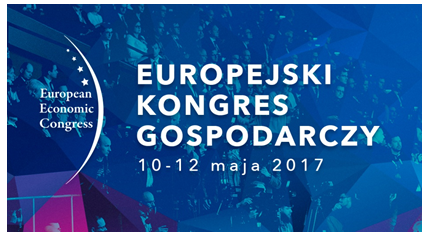 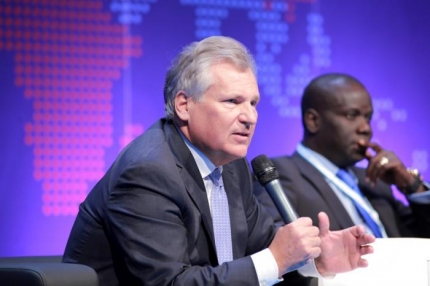 The Fifth European Economic Congress was the most important economic event in central Europe. As a partner of the Congress, VIVALANG, the modern translation company, had the pleasure of providing comprehensive translation and interpreting services (including simultaneous interpreting) and full technical support for the event (interpreter booths and equipment for simultaneous interpreting, the public address system and technical services). The following people honoured the Congress with their presence: Jerzy Buzek, Aleksander Kwaśniewski, Horst Köhler, Janusz Piechociński, Janusz Lewandowski, Martin Kuba, Tomáš Malatinský, Janez Potočnik and Jan Kulczyk. We would like to thank the organisers for their support and their words of acknowledgement of the work of the VIVALANG team. more »

For the second time running VIVALANG, the modern translation company, provided comprehensive translation and interpreting services and technical support at the Third European Congress of Small and Medium-sized Enterprises from 16 to 18 September 2013. The previous two congresses gathered together a significant number of representatives from the world of business, education, politics and economics. Over 300 speakers, both from Poland and abroad, took part, together with almost 6,000 participants. The participants in this year’s Congress included President Bronisław Komorowski, Janusz Piechociński, the Deputy Prime Minister, the Minister for Economic Affairs and Jerzy Buzek, former Prime Minister of Poland and former President of the European Parliament. more »

On 13-14 May 2013 we provided comprehensive translation and interpreting services for the International Africa-Central Europe Joint Economic Co-operation Forum. The Forum took place in Katowice as part of the EEC 2013. Discussions included the subject of the possibility of economic co-operation with Africa by EU Member States. Europe is re-discovering Africa, although, as was cautioned, this is happening rather too slowly and too late. As a partner of the EEC 2013, VIVALANG, the modern translation company, provided comprehensive translation and interpreting services and full technical support for the event, including simultaneous interpreting, translation work, interpreter booths and equipment for simultaneous interpreting, the public address system and technical services. more » 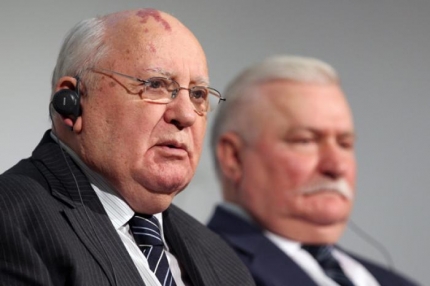 During the discussion panel on the third day, as part of the Second European Forum of New Ideas (EFNI) in Sopot, speakers attempted to answer the following question: how much visionary imagination and how much short-sightedness is there in the current, fudged European climate policy? Mikhail Gorbachov, winner of the Nobel Peace Prize in 1990, was the special guest speaker at this event. He emphasised the fact that we live in a global world, but we have not yet learnt how to manage it in a responsible manner. Issues raised during the discussion included ‘green’ competition, a coherent climate policy and environmental innovation. During the panel the VIVALANG team of interpreters provided simultaneous interpreting in English, German and Russian. more » 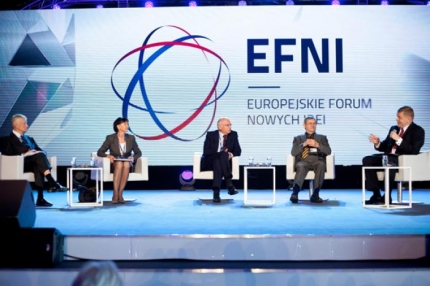 For the second time running, from 26 to 28 September 2012, the city of Sopot played host to one of the most prestigious international business events in Europe – the European Forum of New Ideas (EFNI 2012). World-renowned economists and business leaders from Poland, Europe and other continents, as well as representatives from the worlds of politics, culture and education, met in order to discuss the political and economic role of Europe in the new, multi-polar world order. Zbigniew Brzeziński gave the keynote speech at the Gala Opening of the EFNI. During the three-day forum the VIVALANG team of over a dozen interpreters provided simultaneous interpretation services in English, German, Russian and Turkish. more »

The Second European Congress of Small and Medium-sized Enterprises took place in Katowice from 24 to 27 September 2012, under the honorary patronage of Bronisław Komorowski, the President of Poland. The numerous debates and discussions brought together representatives of the small and medium-sized business sector, large companies, the world of education and business institutions, as well as local and national government. Almost three thousand participants took part in the congress, with 250 specialists. There were 68 discussion panels and 27 delegations from 21 countries. VIVALANG provided comprehensive simultaneous interpretation services in English and Russian. more » 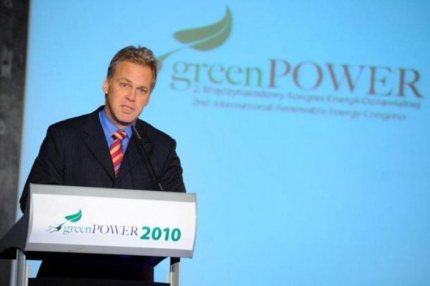 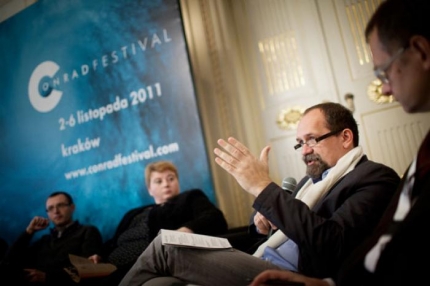 On 26-27 January 2010 we provided comprehensive services for a prestigious conference as part of the commemorations for the 65th anniversary of the liberation of Auschwitz. VIVALANG, the modern translation company, provided comprehensive technical support and simultaneous interpreting in English, French and Russian. Thank you very much for the successful co-operation and the words of acknowledgement of the work of our team. more » 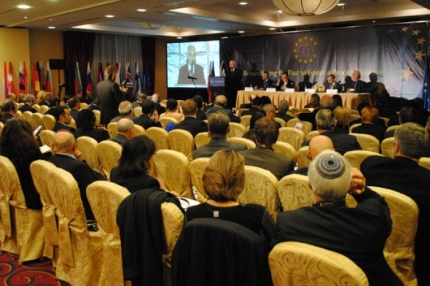 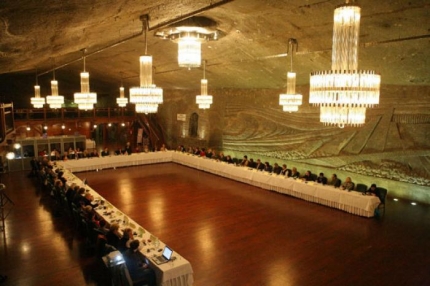 On 7 December 2009 VIVALANG interpreters and technical support staff were employed in an unusual way, since they were working 122.5 metres underground. All of this was due to the international conference “The role of women in shaping and strengthening the trade union movement in Europe”, which took place in the Salt Mine in Wieliczka. VIVALANG, the modern translation company, provided comprehensive support for the conference, including simultaneous interpreting in English, German and Russian and full technical services. more » 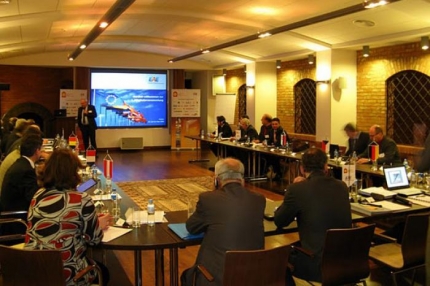